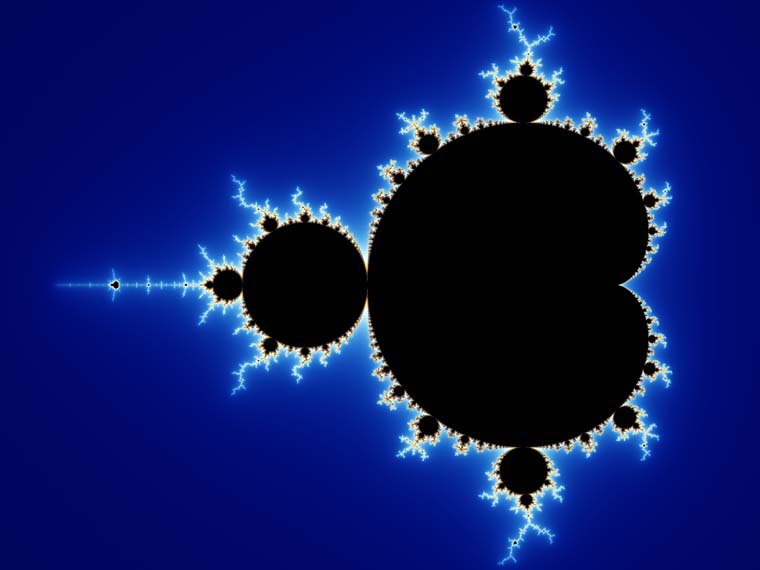 The Mandelbrot Set is perhaps the most beautiful representation of infinity ever discovered. In this rare 1995 documentary Arthur C. Clarke takes us on a psychedelic journey into the depths of the M-Set, discovering that it has no end, it literally goes on for ever. No matter how much you zoom in on it there is new details, apparently random yet self-similar.

The M-Set was discovered in 1980 by the late French mathematician Benoît Mandelbrot, who coined the term fractal geometry to describe this new field of mathematics. Fractals have many parallels with the patterns found in biology, nature, and the wider universe and seem to speak to us in a very fundamental way – Clarke discusses examples of similar patterns that have appeared throughout the ages in art, spiritual and religious paintings, mandalas, through the use of LSD and even the patterns you see when you close your eyes. Clarke then goes on to discuss the possibilities for fractals in computer science, graphics, and the development of our future technologies.

The set emerges from graphing the following simple equation:

And from such humble beginnings emerges a world of staggering beauty and infinite complexity.

This documentary was produced by Gordon Films and includes interviews with Stephen Hawking, Ian Stewart and Benoît Mendelbrot himself.