Home Cosmology The World As Hologram 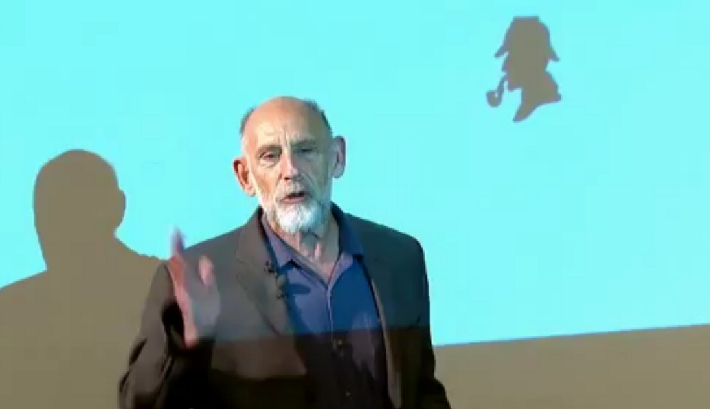 Martin Rees: Are We Real?

Brian Greene - The Illusion of Time

Is the entire universe a hologram? Leonard Susskind, one of the fathers of string theory, takes us to the cutting edge of theoretical physics in this captivating lecture.

Susskind is one of the most widely respected and original physicists working in the world today.  He independently originated string theory in the late 1960s and famously conflicted with Stephen Hawking over what happens to information when it falls into a black hole.

A story oft quoted is that in 1970, a young Leonard Susskind got stuck in a lift with our favourite polymath Murray Gell-Mann, who asked him what he was working on. Susskind said he was working on a theory that represented particles “as some kind of elastic string, like a rubber band.” Gell-Mann responded with loud, derisive laughter.

Despite this inauspicious start, and many other knockbacks over the following decades, string theory has refused to go away. In fact the mathematics have gotten stronger and the theory has become more and more mainstream – thanks in large part to the popular science books of Susskind, Brian Greene, and others.

But this lecture, from TVO, is not about string theory, that’s old news, the thoughts that keep Susskind awake at night now are of black holes, the preservation of information and the surprising implication that we all live in a holographic universe. Only time will tell if this becomes mainstream, but here Susskind gives a strong and enthusiastic argument for it’s plausibility.

Martin Rees: Are We Real?