Home Humanity The Power of Nightmares 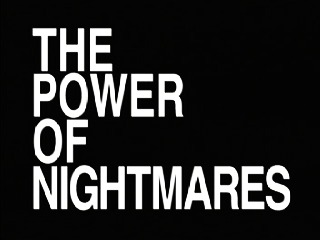 These 3 one-hour episodes chart the rise of the Neo-Conservative movement in the USA against that of radical Islam, comparing their origins and similarities. Controversially Curtis argues that the perceived threat of radical Islamism, in particular al-Qaeda, as that of a sinister organised force, is largely a myth perpetrated by Western politicians, particularly the American Neo-Conservatives. Fascinating viewing.

More: The Power of Nightmares – Wikipedia

The first part of the series explains the origin of Islamism and Neo-Conservatism.

In the second episode, Islamist factions, rapidly falling under the more radical influence of Zawahiri and his rich Saudi acolyte Osama bin Laden, join the Neo-Conservative-influenced Reagan Administration to combat the Soviet Union’s invasion of Afghanistan.

The final episode addresses the actual rise of al-Qaeda. Curtis argues that, after their failed revolutions, bin Laden and Zawahiri had little or no popular support, let alone a serious complex organisation of terrorists, and were dependent upon independent operatives to carry out their new call for jihad. However, the film argues that in order to prosecute bin Laden in absentia for the 1998 U.S. embassy bombings, US prosecutors had to prove he was the head of a criminal organisation responsible for the bombings. They find a former associate of bin Laden, Jamal al-Fadl, and pay him to testify that bin Laden was the head of a massive terrorist organisation called “al-Qaeda”. With the September 11th attacks, Neo-Conservatives in the new Republican government of George W. Bush use this created concept of an organisation to justify another crusade against a new evil enemy, leading to the launch of the War on Terrorism.